If you have ever played WoW, then you pretty much understand all the frenzy surrounding its latest expansion, Legion. There are many gamers who call the World of Warcraft home and even more that are starting out in the game. Having lasted for more than 10 years, WoWhas had its good times and bad times. Here are 10 moments in the WoW universe that will forever remain ingrained in the hearts of its loyal subscription base;

This is perhaps the most infamous plague to have ever hit the WoW servers in 2005. The corrupted blood spell was initially intended to last a couple of seconds under the confines of a dungeon, however due to a certain bug, it spread all over Azeroth. Small characters in the game were consumed by it and it had to take a combination of patches and resets by Blizzard for them to be able to control the epidemic.

Blizzard this time deliberately started off a zombie infestation. They created a disease that quickly turned players into zombies and was fast in spreading throughout the game. The main reason behind this was to ready its players towards the 2008 expansion and attract more publicity to it.

If you are a fan of both Warcraft and the popular animation series, Southpark, then there is a high chance that you never missed Southpark’s episode of “Make Love Not Warcraft”. The episode depicted the stereotypes usually associated with the game and the World of Warcraft community. Blizzard was fully involved in the creation of this episode.

So what happens when you and your team mates make an attack plan and you pretty much skip through the whole plan and jump into war?That’s Leeroy Jenkins for you. In a video that went viral, Leeroy seemed like he was not even the bit aware of his groups attack plan and immediately he got online he jumped straight into battle chanting a huge battle cry “Leeroyyy”. Whether the whole thing was scripted is unknown, but Blizzard even honoured the player by making him a playable card in Hearthstone. 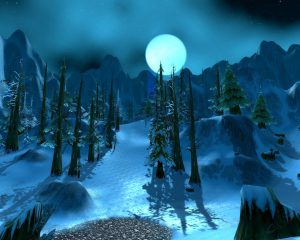 The Alterac valley was a battleground that was quite unique in all aspects. While others could accommodate 10 vs 10 or 15 vs 15 players, the AV accommodated 40 vs 40 players at a given time. Not only this, but battles could go on for the entire day; if one side was beginning to win, the other could delay and push back the aggressors. However Blizzard changed all this by giving battles a finite amount of time.

The best raid ever or is it?

Blizzard introduced a 40 man raid called Naxxramas. It was one of the most difficult content to obtain in the game and those who were able play it said that it was the most epic experiences in the WoW. However, due to the fact that only a few players ever got to play it, Blizzard relaxed its difficulty in order for more people to be able to access such content.

Ahn’Qiraj : The day the gates opened

One of the most anticipated days in the whole of the Original WoW was when the gates of Ahn’Qiraj would open. The event was hyped for months by Blizzard and it required that every player be at the gates in order to defend Azeroth from a massive enemy. It was a great idea, only that Blizzard forgot one major detail. Having all players in one spot in a game would definitely exhaust their servers, which it did. Afterwards, performance generally plummeted.

One of the most memorable scenes was seeing a 100 foot demon attacking an entire city and destroying it to the ground. These random attacks by bosses, pretty much gave the players a sense of anticipation as you never knew when the attack would be and how long it would last.

It all startedwhen a player had a stroke in real life and died. A virtual funeral was organised by friends which saw many players turn up. However, when the alliance Guild Serenity Now got wind of the news, they decided to attack the event and get honourable kills. The event was furiously debated in internet circles thereafter with people arguing whether or not that was a decent thing todo.

Now who can forget the city raids? Players lived for these encounters. If you went unprepared into an enemy city, chances are that you got completely annihilated by the city’s defences. If you were more prepared and even managed to find the city boss, things got interesting with other players trying to protect the boss from death.

These 10 moments pretty much detail how world of Warcraft has come to evolve over the years and the main instances in the game that its loyal fan base still live for.